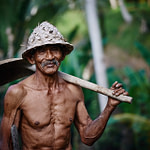 First meeting of the Friends of the Chair

In order to allow the finalization of the Guidelines during the foreseen second week of negotiation (dates to be identified), a series of Friends of the Chair (FoC) meetings, scheduled between October and early November, on specific parts of the text will be taking place in the upcoming weeks starting on October 9th. The aim of this informal meetings is to facilitate the consensus building around some particular issues and controversies. It seems that no interpretation will be officially granted by the CFS, directly challenging the inclusiveness of the process. As a basis for this FoC meetings a Chair’s proposal which was prepared based on the inputs submitted during the first round of negotiations on the VGFSyN will be used. A note with modalities for this meetings was also shared.

Calendar of upcoming Friends of the Chair meeting: 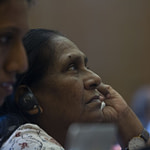 During the CFS Advisory Group and Bureau meeting of 18 September, an evaluation session of this first week of negotiation took place and CSM reminded CFS members that diversity and plurality of voices are central for the legitimacy and ambition of this process, sharing the expectation that this approach would be maintained in the next steps of the process. Please find here CSM Contributions.

Due to the multiple challenges of this virtual modality and a lack of clarity on the methodology of the negotiation exercise during this first week, a first reading of the text was possible, consisting in a comprehensive annotation of the different text changes’ proposals, but without having the possibility to negotiate those text proposals, seeking convergence among the different and sometimes very polarized positions. The CFS has foreseen only a second week of negotiation to finalize the Guidelines on time for their approval in February, during CFS 47th Plenary Session, and so far, no concrete dates were identified in the busy calendar of the RBAs, but it was announced that they might  take place between the end of November and the beginning of December.

The first round of virtual policy negotiations will take place from 7 to 11 of September 2020. As today the second round of negotiations has not been scheduled yet. The Guidelines are expected to be adopted during the upcoming CFS 47th Plenary Session of February 2020. Please find below relevant background documents:

More info on the process here!