On 20th December 2019 the First Draft of the CFS Voluntary Guidelines on Food Systems and Nutrition were published. Translations in other UN languages will be available in January 2020. This draft is the result of all inputs received during CFS OEWG’s meetings, Regional Consultations and the online consultation! The document will serve as a basis for the first OEWG meeting of 2020 on 29th of January!

Find here the First Draft of the Voluntary Guidelines!

Find here the workplan of the policy convergence process! 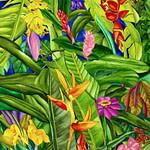 Letter from the Chair of the Food Systems and Nutrition OEWG, Dr. Liliane Ortega, (Switzerland)

It is my pleasure to present you with Draft One of the Voluntary Guidelines on Food Systems and Nutrition (VGFSyN), which is the product of intensive work done by a wide range of CFS stakeholders.

FSyN is being proposed to differentiate from FSN which is broadly know as an abbreviation for Food Security and Nutrition.

Draft One incorporates comments and suggestions provided on the Zero Draft during the OEWG meeting held on 30 May as well as written inputs received by the CFS Secretariat following that meeting. It also reflects outcomes of the E-Consultation that took place between July and September 2019, and contributions received during regional consultations that took place in Addis Ababa, Bangkok, Budapest, Cairo, Panama City, and Washington DC. These consultations provided additional perspectives and ideas on how best to align the VGFSyN with regional and national priorities and needs.

The introductory part has been further articulated by better presenting the context around which the VGFSyN are prepared and the issues they intend to address. Specific text on the major impact of poverty and inequality, climate change, diets and new consumption trends has been included in Part One, as well as indications on the consistency of the VGFSyN with international human rights instruments.

Following the OEWG meeting held in May, Part Two on key concepts and guiding principles now includes for your consideration a definition of sustainable and healthy diets which is adapted from a technical document recently released by FAO and WHO. An additional guiding principle on governance and accountability has been included to reflect many requests presented by CFS stakeholders.

As communicated in all of these consultations and meetings, the heart of the draft guidelines is located in a new and revised Part Three, which is structured around six thematic policy areas often highlighted during the consultation process as the main pathways to improve nutrition:

a) Transparent, democratic and accountable governance of food systems;

b) Sustainable nutrition-oriented food supply chains in the context of climate change;

The last part of the document has been expanded to include various suggestions received on how to promote the use and application of the VGFSyN, with an eye toward generating maximum impact at country level.

Draft One will be available in all six UN languages before a full day OEWG meeting scheduled for 29 January 2020, which will be an opportunity to share views and feedback. CFS stakeholders will have from 20 December until 5 February to provide written feedback on Draft One, and to make specific MESSAGE FROM THE CHAIR OF THE CFS OEWG ON FOOD SYSTEMS AND NUTRITION suggestions on how to improve the next version expected in March. During the open meeting of 29 January, participants will not negotiate text of Draft One, but rather provide reactions to the structure and content of the document, particularly Part Three.

I would like to thank all CFS stakeholders for their strong commitment, generous support and contributions to this process. I firmly believe that the inclusivity and the high participation that are characterizing the preparation of the VGFSyN will lead to broad ownership in the final policy product expected to be presented for consideration and endorsement by the CFS Plenary next October. I would like to highlight the importance of keeping a constant and transparent dialogue among all interested stakeholders with a view to addressing potential issues that may hinder our path toward consensus.

We look forward to receiving your inputs and to your active participation in the next steps of the process.