Framework for Action for Food Security and Nutrition in Protracted Crises 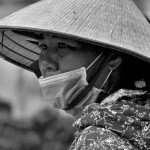 During the CFS 47th Plenary session, the CSM presented its autonomous monitoring report on the Framework for Action for Food Security and Nutrition in Protracted Crises.

Update from the Protracted Crisis Working Group, including the Report from the CFS Outreach event in Nairobi of September 2016

Framework for Action for Food Security and Nutrition in Protracted Crises: Leaving No One Behind

Participants:  Government, a delegation of the Civil Society Mechanism, private sector representatives and FAO, IFAD and WFP staff from the following countries.

In addition, food security and nutrition actors based in Kenya, including donors, will be invited.

Expected Outcome: Participants will identify action points and recommendations for CFS-FFA operationalization and form communities of practice to lead operationalization efforts in their countries (depending on available resources).

The CSM Protracted Crises Working Group had been deeply involved in the CFS Protracted Crises Process since its materialization in 2012. Through its membership in the CFS Steering Committee and Technical Support team and its participation in the e-consultations, OEWG meetings and Global Consultation in Ethiopia, the CSM Working Group managed to greatly contribute to the preparation process of the Agenda for Action for Addressing Insecurity in Protracted Crises (CFS-A4A), bringing on board the experiences, opinions, convictions and needs of communities vulnerable to protracted crises.

While the CFS-A4A was meant to be endorsed in CFS 41, the lengthy discussions in the July 2014 negotiations made it impossible for the A4A to be finalized in 2014. A revised draft of the now called CFS Framework for Action for Addressing Food Insecurity in Protracted Crises (CFS-FFA) was made available in December 2014.

The CSM Coordination Committee meeting in October 2014 defined protracted crises as a priority work stream for the CSM for 2015 and asserted that full support should be given for the Protracted Crises Working Group during this last period of the negotiation process.

For this purpose, a series of activities were carried out in the first months of 2015, including a strategy workshop of the CSM Working Group and a CSM organized public event with civil society voices from protracted crises countries, well attended by CFS members and participants; participation to the OEWG meetings on FFA; written submissions to the new drafts; bilateral meetings with CFS actors; preparation and participation in the final negotiations from 7-8 and 18-22 May 2015.

Key aspects of the CSO assessment of the FFA:

The CSM Working Group was a highly committed and active actor in the three years of elaboration and negotiation of the CFS Framework for Action for Food Security and Nutrition in Protracted Crises, as it is now presented for approval to the 42nd Session of the Committee on World Food Security (CFS). Throughout the process, the CSO delegation successfully negotiated with states, specialized Rome-based UN agencies, private sector and other stakeholders, making great strides in a three-year effort to define more-appropriate standards for concerted actions in the field and the bureaus for all parties involved in ongoing—and likely future—protracted crises.

The CSM WG welcomes that many fundamental concerns and substantial proposals from civil society were accepted after sometimes-long debates and included into the text. In this regard, the CSM WG highlights the following achievements as enshrined in the different chapters of the final draft of a framework document dealing specifically with the issues of food insecurity in protracted crises. The CSM Working Group also flags the shortcomings of the document, and stresses the challenges for the future.

The Character of the Document

In spite of these shortcomings, the CSM WG considers the FFA and all the essential elements listed above as an extraordinary achievement. The main challenge is the path ahead.

The CSM WG on protracted crisis suggest to focus energy and discussions now on the necessary steps to ensure implementation, use and monitoring of the FFA at the national, regional and international levels. This includes the following challenges and tasks: