CFS Chair’s letter on the situation of Yemen

Rome, 7 January 2019 Excellency, The devastation and terrible suffering caused by the armed conflict in Yemen is a matter of great concern. Conflict, economic collapse, and rising food prices are continuing to push the civilian population into hunger and malnutrition. As Chairperson of the Committee on World Food Security (CFS), the United Nations (UN) platform that strives for a world free from hunger, I cannot remain silent while 20 million Yemenis are food insecure, including 1.8 million acutely malnourished children. Unless urgent action is taken, a whole generation of Yemenis is at risk. I am writing to strongly urge you to take immediate action to keep the international pledge to protect the civilians of Yemen from further devastation, to relieve them from their suffering and to prevent further damage to their livelihoods. The latest report on the State of Food Security and Nutrition in the World shows that hunger and malnutrition are mainly driven by man-made conflicts and the consequences of climate change. The on-going conflict in Yemen is disrupting food systems and livelihoods, while preventing humanitarian assistance from getting through to those in need. As I write, three out of four Yemenis cannot reliably produce or buy food. I wish to join UN High Commissioner for Human Rights, Michelle Bachelet, in calling on all those with involvement or influence in the Yemeni conflict to allow and facilitate the rapid and unimpeded passage of food and other humanitarian relief, and to refrain from taking actions that would deprive civilians of their access to life saving food, water, and health care. The Inter-Agency Standing Committee (IASC) is coordinating emergency and relief responses, including the provision of health care to 8 million people in Yemen. Additionally, more than 7 million receive food aid and a similar number is given clean water and sanitation support. I urge all CFS stakeholders, the whole UN System and the international community at large, to do everything they can to coordinate efforts while supporting IASC in mobilizing the necessary resources so that emergency and relief activities can meet the needs of the population of Yemen. In addition to saving lives and meeting immediate needs through emergency humanitarian responses, we need to start planning for longer-term assistance to support recovery, build resilience and promote sustainable socio-economic development in a post- conflict Yemen. CFS has created policy recommendations that can be put to use in this juncture, especially

END_OF_DOCUMENT_TOKEN_TO_BE_REPLACED

In this video, explains how the Israeli occupation causes Food Insecurity in Palestine.

END_OF_DOCUMENT_TOKEN_TO_BE_REPLACED 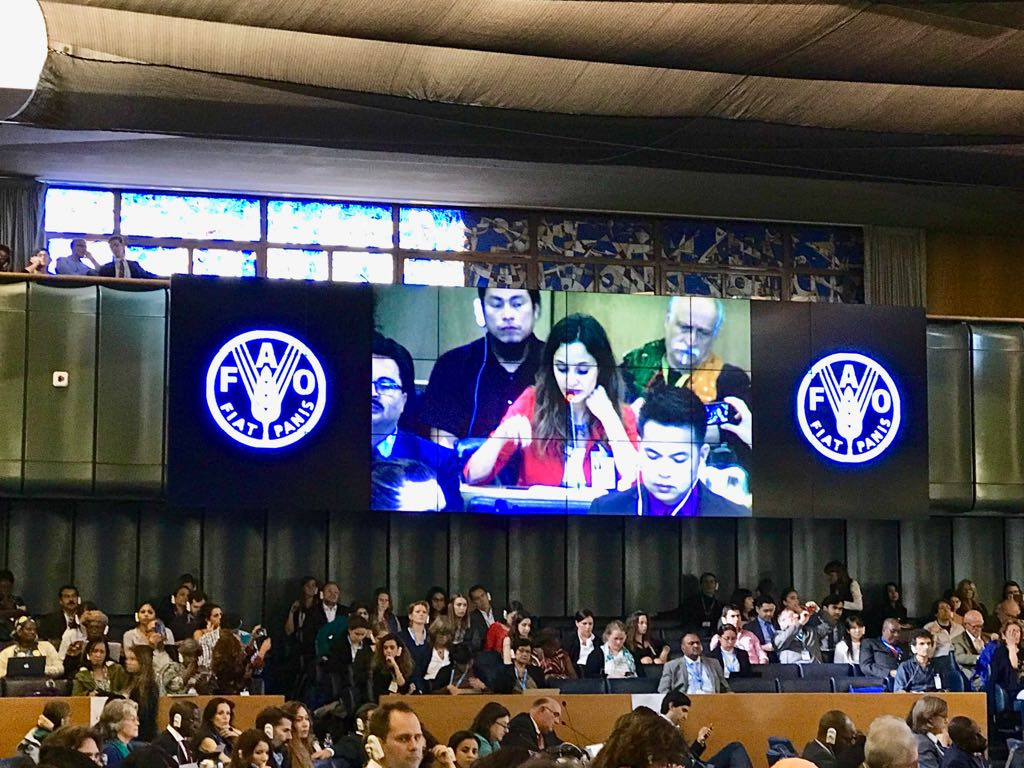 CFS 44, 9 October 2017: – CSM Statement on Policy responses to Food Crises, Famines and their Root Causes, and the Role of CFS As the SOFI Report 2017 states the situation of chronic food crises in many countries and regions has severely worsened this year, with four countries on the brink of famine. This is unacceptable and calls for the collective responsibility of all governments, organizations and peoples. Famines do not happen instantaneously, they take years to develop and early political and humanitarian action is extremely critical for prevention and mitigation. We cannot tackle food crises, and eradicate hunger, without addressing the root causes. Food insecurity derives typically from structural factors and policies that marginalize local food systems and small-scale food producers, and foster increased concentration of corporate power. During conflict, food insecurity is exacerbated. According to the SOFI 2017, around 60 % the world’s hungry live in areas where there is conflict. The current food crises in conflict are largely due to multiple and often systemic human rights violations committed by state and non-state actors. They are rooted in aggression against civilians and food producers, resource dispossession and destruction, systemic disruption of agricultural activities, restriction of movement of peoples, traders and humanitarian assistance, as well as ethnic cleansing, occupation and sanctions. Starvation is used as a weapon of collective punishment and for most cases perpetuators enjoy impunity. Continued depletion of natural resources makes communities extremely vulnerable to natural disasters which are more severe than ever due to human-induced climate change. For those communities that are in dire need of food assistance, the late response to early warning systems, including humanitarian assistance and political and diplomatic pressure, results in worsening of food insecurity, spread of diseases, and human loss. The Humanitarian architecture has proven to be insufficient as assistance is very often politicized and nowhere near enough to meet the needs in the “four famine” countries and elsewhere. CFS was reformed in response to the food crises in 2007/8. It must be able to effectively respond to the food crises of today, and tackle their causes sustainably. CFS should fully take on its role as the most inclusive international body for policy coherence, cooperation and coordination on FSN. In particular: https://youtu.be/hxGWmB6ViFQ First–CFS should become the central global platform for convening periodic and ad-hoc reviews of famines and severe food crises, focusing on the assessment of policy responses and

END_OF_DOCUMENT_TOKEN_TO_BE_REPLACED 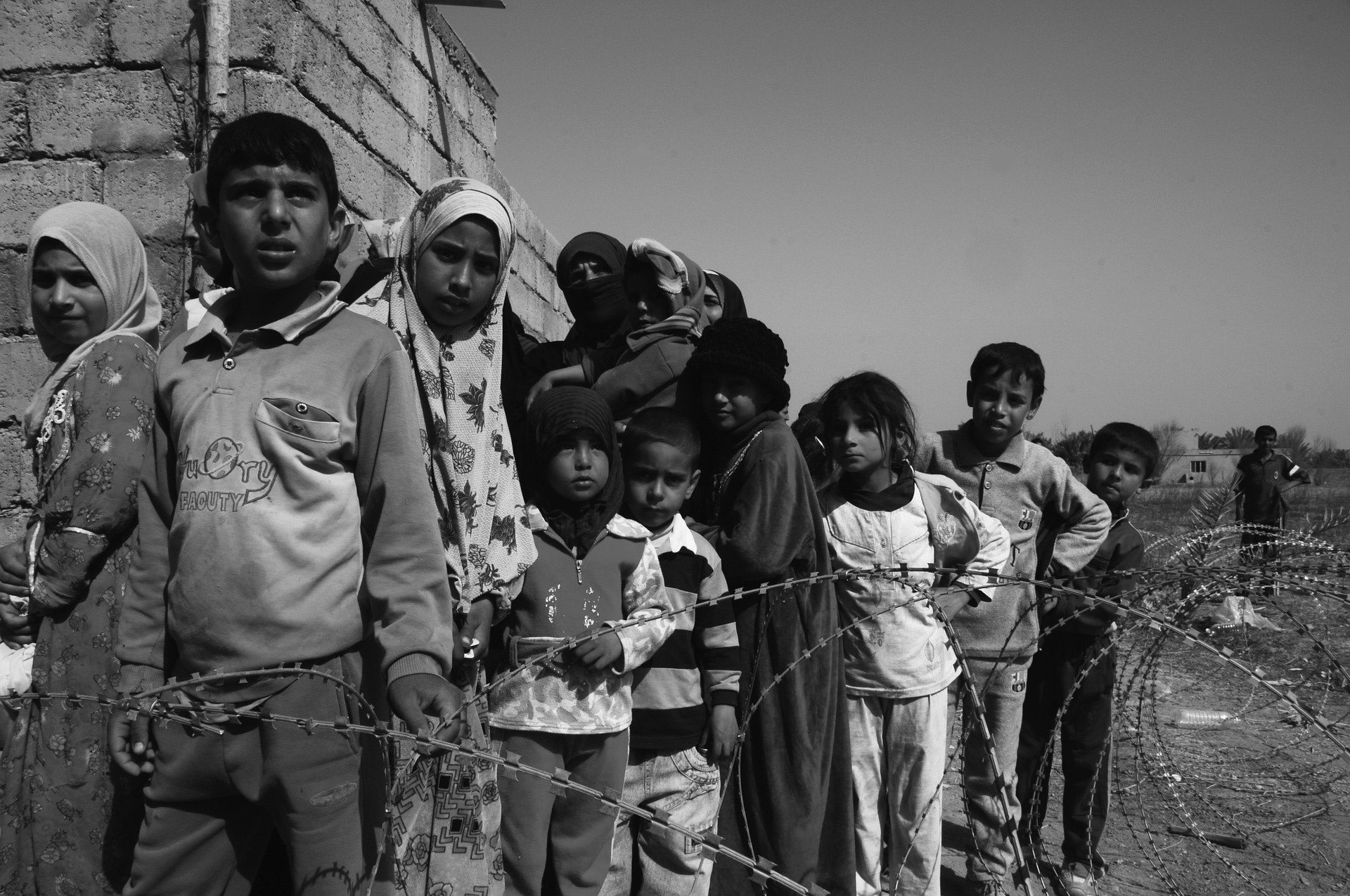 CFS response to worsening food security situation in the world

CFS response to worsening food security situation in the world 8 January 2019 CFS Chair letter on the situation in Yemen 9 October 2017 CSM opening statement on famines and food crisis at CFS 44th Plenary Session 17 May 2017 CFS Chair letter to all CFS Stakeholders regarding the impending famines in northeastern Nigeria, Somalia, South Sudan and Yemen CFS Video Message 3 May 2017 CFS Advisory Group and Bureau Meeting CSM Contribution to the Advisory Group and Bureau Meeting of 3 May on this topic Outcomes of the extraordinary meeting of 12 April 12 April 2017 CSM contribution to the extraordinary meeting of the Advisory Group and Bureau called by the CFS Chair “CFS response to worsening food security situation in the world” CSM shares deep concern about the worsening food-security and nutrition situation in several countries, particularly the food and nutrition emergencies in South Sudan, Yemen, Somalia and northern Nigeria. According to the UN, these might lead to a humanitarian catastrophe in the coming months, threatening more than 20 million people with famine, and with high risks to many more people in several other countries as well. All told, at the beginning of 2017, the number of people in acute hunger requiring live saving food assistance is 108 million, a 35% increase from 2015. We welcome the initiative of the CFS Chair for this extraordinary meeting of the CFS Bureau and Advisory Group, and believe that this could develop the common understanding needed to take joint action by the CFS. Certainly, the CFS cannot be silent in such situations. The CFS is not an operative body for humanitarian response and cannot contribute much on the operational level. However, the CFS is the foremost inclusive intergovernmental and international platform on food security and nutrition, and CFS can—and must—make its substantial contribution in line with its mandate. The humanitarian and development actors in the bureaus and the field need to see a CFS response to such global urgencies having such a tremendous impact on the human right to food of millions of people. Governments and specialized international organizations must adopt all needed measures to ensure food accessibility to those who are the most affected and vulnerable. Special attention must be given to women who are even more impacted during disasters, conflicts and wars. They must be particularly supported in their critical roles in these severe crises. This moment calls for CFS to

END_OF_DOCUMENT_TOKEN_TO_BE_REPLACED

Statement on the occasion of the Global Pride Day